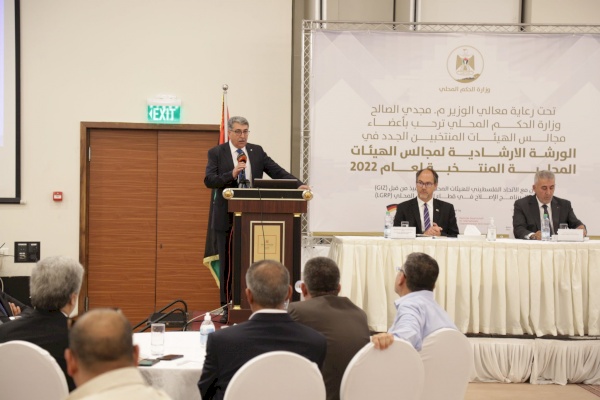 President of the Association of Palestinian Local Authorities (APLA), Eng. Musa Hadid, praised the role of local authorities throughout the history as protectors of the national project, saying "local authorities have always been a title regarding the issues of maintaining the historical and struggle heritage of our people through the key milestones, contributing to consolidating our national project". This was part of his speech during the awareness, orientation and training meeting targeting the mayors and members of the local authorities, elected during the second phase of local elections. The meeting was held in Ramallah and was attended by the Minister of Local Government, Eng. Majdi Al-Saleh, His Deputy Minister, Dr. Tawfik Al-Budairi, Representative of GIZ, Peter Wolform, and APLA's Executive Director, Eng. Abdallah Anati.

Eng. Hadid invited the new mayors and members to expand their horizons and thinking beyond municipal services, in order to devise mechanisms and strategies for enhancing the Palestinian citizens' steadfastness on their land through cooperation among local authorities, APLA and the Ministry. Furthermore, Eng. Hadid praised the participatory relationship, throughout the past years, between APLA, as a representative of local authorities, and the Ministry of Local Government, as a representative of the government, which led to achieving several consensuses on amending the legislations regulating the sector. Additionally, finding solutions and mechanisms for facing the challenges of local authorities specifically, and the local governance sector in Palestine, in general.

Minister of Local Government, Eng. Majdi Al-Salah, emphasized that the Ministry will work on supporting creative innovative initiatives submitted by the local authorities, as part of empowering them to meet their duties towards citizens as best as possible in various vital fields. It will provide the facilitations necessary for the success in implementing such initiatives, which shall bring benefit to all groups of the entire local community. He also emphasized the importance of working towards meeting citizens' needs and their involvement in developing work plans, identifying priorities for projects, in addition to the importance of community contribution to supporting the elected councils and help them succeed in their work in order to achieve the public benefit, preserve the gains, and continue building and development.

Meanwhile, APLA's Executive Director, Eng. Anati, presented APLA's role in providing support to local authorities through its programs. Such programs target enhancing the capacities of local authorities and all their components, representing local authorities on both local and international levels, providing consultative services to its members in technical and legal aspects in order to improve the level of services provided to citizens. Furthermore, Eng. Anati gave a presentation on the main projects implemented by APLA currently and for the upcoming years. 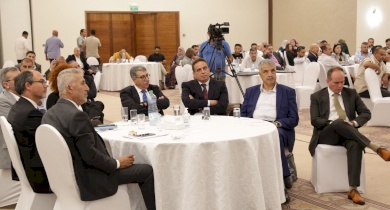 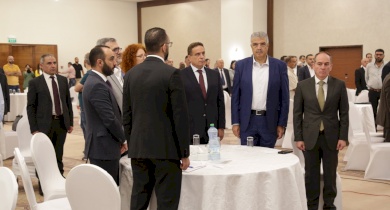 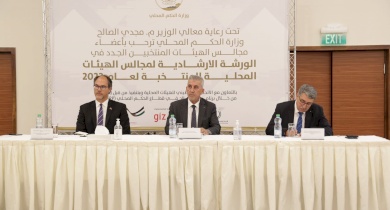 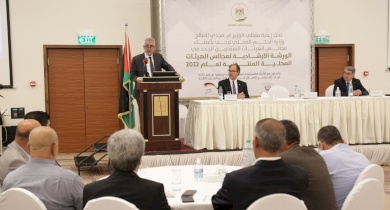